VALA2018’s content-rich program will feature 5 international, and 1 local, industry leaders in plenary. Keynote Speakers are always a conference highlight, charged with the responsibility of beginning and ending every day of conference on a high. Challenging, insightful and sometimes controversial – the VALA2018 Keynote Speakers are coming soon.

Bookmark this page to follow the reveal of the VALA2018 Keynote Speakers. 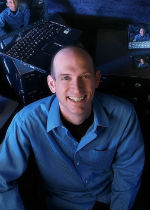 David Lee King is the Digital Services Director at Topeka & Shawnee County Public Library, where he plans, implements, and experiments with emerging technology trends. He speaks internationally about emerging trends, social media, websites and libraries, and has been published in many library-related journals. David is a Library Journal Mover and Shaker. His newest book is Face2Face: Using Facebook, Twitter, and Other Social Media Tools to Create Great Customer Connections. David blogs at http://www.davidleeking.com. 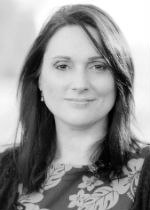 Dr Maggie Buxton is an accomplished producer, educator, consultant and place innovator. She has extensive international experience in facilitation, strategic development and cross boundary collaboration and learning. This includes working with eco-village communities in West Africa, Latin America and North East Scotland, social enterprises in the UK, experimental designers and artists in Brussels, climate change initiatives in Beijing and Singapore and large political institutions and corporates in Europe. 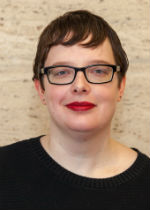 Angela Galvan is eResources Manager for Brown University Library. Her research explores discovery, digital estates, and the role of power and authority in libraries. Angela works in a variety of spaces, most recently as a member of the editorial team for Weave: Journal of Library UX. When she is not tinkering with various systems or learning ruby, Angela edits the MARCEdit Field Guide, and loves watching great technical services power the rest of the library.

Professor Deb Verhoeven is Associate Dean of Engagement and Innovation, University of Technology Sydney (UTS) and Director of the Humanities Networked Infrastructure (HuNI) project (http://huni.net.au). In 2016 she was appointed inaugural Vice Chancellor’s Library Fellow. She served as inaugural Deputy Chair of the National Film and Sound Archive of Australia (2008-2011) and as CEO of the Australian Film Institute (2000-2002). She is Director of the Kinomatics Project (http://kinomatics.com), an interdisciplinary study that collects, explores, analyses and represents data about the creative industries. In 2013 Professor Verhoeven initiated the Research My World collaboration between Deakin University and the crowdfunding platform pozible.com to pilot the micro-financing of university research. On the basis of this initiative Verhoeven was recognised by Campus Review as Australia’s most innovative academic. She is currently writing a book on universities and the collaboration economies. 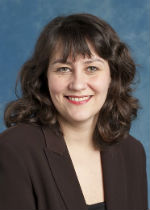 Natasha McEnroe is the Keeper of Medicine at the Science Museum in South Kensington, London. Her previous post was Director of the Florence Nightingale Museum, and prior to this was Museum Manager of the Grant Museum of Zoology and Comparative Anatomy and Curator of the Galton Collection at University College London. From 1997 – 2007, she was Curator of Dr Johnson’s House in London’s Fleet Street, and has also worked for the National Trust and the Victoria & Albert Museum. Natasha was co-editor of The Hospital in the Oatfield – The Art of Nursing in the First World War (2014) and The Tyranny of Treatment: Samuel Johnson, His Friends and Georgian Medicine (2003). Her research interests focus on 18th and 19th-century medical humanities. 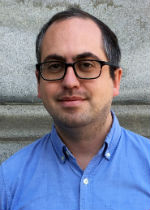 Matt Miller is a librarian and technologist working in the field of cultural heritage. His effort focuses on facilitating access to culture, history and knowledge through the utilization of emerging technologies and tools. His work combines software development, linked open data and information visualization with library domain knowledge to enable access and discovery. Matt was part of NYPL Labs at the New York Public Library as Head of Semantic Applications and Data Research. He was a 2017 Research Fellow at Harvard University’s Library Innovation Lab and is a Visiting Assistant Professor at the Pratt Institute’s School of Information in New York. 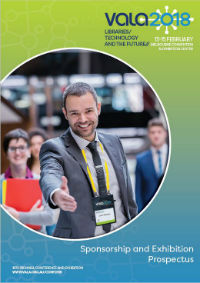