VALA was established as the Victorian Association for Library Automation in 1978 in response to the emergence of automated library catalogues and other technologies that were revolutionising the industry at the time.

Honouring its commitment to advancing the profession, VALA conferences include the very popular L-Plate series of lectures. This is a series of introductory sessions focusing on technologies that will be discussed in more detail during the VALA conference, and cater particularly to those new to the industry.

For library tech wizards, VALAtech Boot Camps – also delivered as a core element of conference – are a high end, practical, and technical stream of workshops for library systems staff.

Recognising that VALA’s interests and activities carry across all sorts of technology within the library and broader information sector, the name was changed in 2006 to VALA – Libraries, Technology and the Future. It was at this time VALA introduced its current logo.

In 2008 VALA celebrated its 30th anniversary under the theme of 30 years of looking forward. To celebrate, VALA held a national roadshow in partnership with CAVAL.

In 2010 VALA launched its new web site, powered by the Joomla open source content management platform.  This site has undergone a significant rebuild in 2015, giving it a more contemporay look and feel and embracing mobile-responsive technology.  The integration of VALA’s Wild Apricot database, also new in 2015, will allow VALA to offer more content, more interaction, and more services to its members, as well as the wider library and information community. 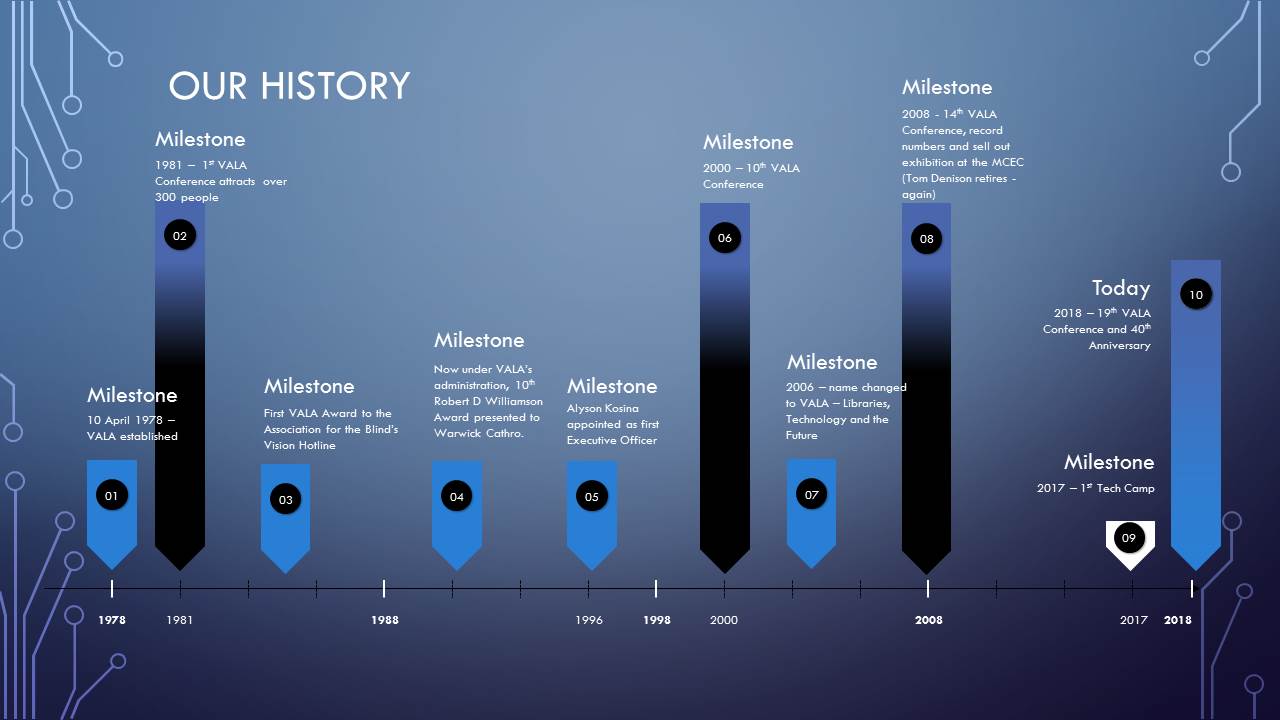