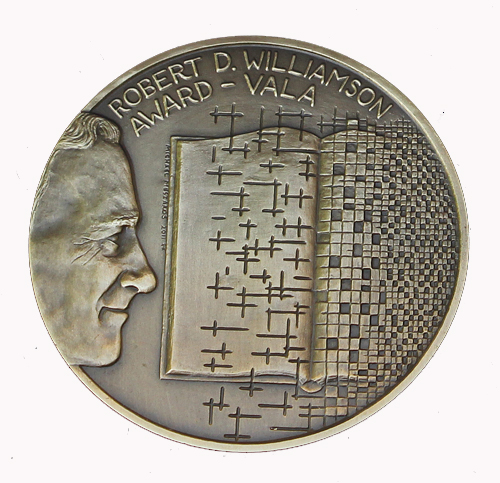 Nature of the Award

VALA’s most prestigious award is the Robert D. Williamson Award, established in memory of one of the early pioneers of our industry, Bob Williamson.

In keeping with Bob’s legacy, this biennial award honours those who demonstrate leadership, curiosity, excellence and innovation and, in the view of their peers, are outstanding contributors to the development of information technology usage in Australian libraries and information services.

The Williamson Award is open to both individuals and organisations in the Library and Information Science profession within Australia.

The Award consists of a framed certificate, medallion and cash to the value of AUD $2,000.

Celebrating 40 years of the Williamson Award

Robert (Bob) D Williamson was a leader, with an innovative mind and endless generosity. A pioneer of information technology in libraries, Bob took a leap of faith to invest in computer databases and software. He was an integral part of various committees dedicated to libraries and information technology and was valued greatly by his peers before his untimely death in 1980.

Bob Williamson’s legacy is one of leadership, curiosity, innovation, and bravery. Bob made outstanding contributions to the development of information technology in Australian libraries and information services. The prestigious Award made in his name was first received by Jim Gilmore of the CSIRO in 1981, and most recently by Anna Raunik from the State Library of Queensland in 2020.

For many years, the Williamson Award has been presented to the recipient by Enid Williamson, Bob’s wife, who recently celebrated her 101st birthday. The continuum of dedication and excellence represented by the Williamson Award is personified by Enid’s long and keen association; we are buoyed and encouraged by her presence.

For the past 40 years, the names of the true pioneers in the library industry have been added to the list of Williamson Award recipients. They are dedicated and influential contributors to the development of technology in the library industry across Australia and New Zealand, who have exhibited remarkable achievements, leadership and innovation.

The next Williamson Award is significant not only as a celebration of the 40 years of the award, but also as an opportunity for our industry to acknowledge and celebrate the remarkable strength, courage, growth and perseverance of the library fraternity and the contribution that libraries and the technologies which enable them have made to the global community through this challenging and unprecedented time in our history.

Nominations for the 2022 Williamson Award are CLOSED.

For 40 years, the Robert D. Williamson Award has shared and celebrated the stories of our true pioneers, those dedicated and influential contributors to the Australian and New Zealand library industry, especially in the area of library technology and innovation. From across all library sectors, recipients have been recognised for their remarkable achievements, leadership and support of the development of information services, and to the profession.

If this sounds like someone you know, nominate them today for the recognition they deserve.

Assessment of the Williamson Award will be based on the following criteria:

Nominations may be made by staff or customers of libraries or information services, or by other interested persons.

Nominations can be made online and must include:

Announcement of the Robert D. Williamson Award will be made at VALA2022 on Tuesday 8 February 2022, when the recipient will be invited to accept their Award and, if the VALA Committee deems it appropriate, the recipient/s may be invited to present as a guest speaker.

Reasonable travel and attendance expenses that may be incurred to attend the presentation may be funded by VALA at its discretion.

VALA is pleased to announce that the recipient of the 2022 Williamson Award is Anne Stevenson from CSIRO. Please click HERE to view the citation.

Click HERE for reflections on the history of the award from Enid Williamson.

Recipients of the Williamson Award are in auspicious company, with previous winners including:-

2010 – Anne Beaumont from the State Library of Victoria

2006 – Lloyd Sokvitne from the State Library of Tasmania

The VALA web site provides details about some of the Robert D. Williamson Award recipients. 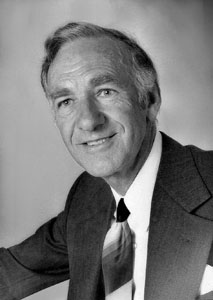 Although originally a chemical engineer, as manager of APM’s (now AMCOR’s) research library, Robert (Bob) Williamson was an early devotee of information technology in libraries. By the early 1970’s he had persuaded management to invest significantly in relevant US computer databases and software to support the company’s business objectives. This predated all of the publicly available services.

Professionally Bob was a leader. He was a quiet man, both curious and innovative, a generous advisor to colleagues, and an eager participant in the professional debates at the time. Bob also developed “recipe books” to help new online searchers navigate the different commands needed to access the new online services.

Bob was the industry representative on the STISEC committee convened by the National Library of Australia to quantify scientific and technical publication in Australia. When Peter Judge of CSIRO formed ALIA’s national Information Science Section, Bob was an obvious choice to convene that Section in Victoria just a few years before his sudden and untimely death in 1980.

It is therefore fitting that VALA’s most prestigious award is named after Robert D. Williamson.