VALA2016’s content-rich program will feature 6 international industry leaders in plenary. Keynote Speakers are always a conference highlight, charged with the responsibility of beginning and ending every day of conference on a high. Challenging, insightful and sometimes controversial – the VALA2016 Keynote Speakers are coming soon.

Bookmark this page to follow the reveal of the VALA2016 Keynote Speakers. 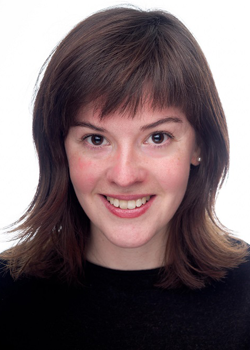 Valentine Charles works as a Data Research & Development coordinator at Europeana Foundation. She consults the Europeana Network on data practices and standards and communicates Europeana’s R&D activities to the broader cultural heritage sector. She also coordinates the further development and adoption of the Europeana Data Model (EDM).

Valentine has chaired and co-chaired various working groups in the EuropeanaTech community such as of the Task Force on Recommendations for the representation of Hierarchical Objects in Europeana and the Task Force on EDM Mappings, Refinements & Extensions. More recently, she became the Co-Chair of the Dublin Core Metadata Initiative (DCMI) Technical Board and Community Specification Committee. She holds a master in “ New technologies applied to History” from the Ecole des Chartes, Paris, France. 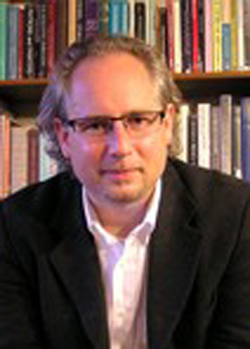 Kevin Ford is a Senior Consultant at AVPreserve, which is a data management consulting and software development firm that helps cultural heritage organizations, higher-education institutions, and businesses leverage technology, information, and people to advance the ways in which data will work for them. Prior to joining AVP, Kevin was a NoSQL semantics specialist at MarkLogic and, before that, Kevin was at the Library of Congress where he worked in the Network Development and MARC Standards Office. He was key member of the LC group shepherding the Library’s Bibliographic Framework Initiative, which will ultimately replace the MARC Communication Formats with a semantic model. Kevin was also the project manager for the Library of Congress’s Linked Data service, http://id.loc.gov. 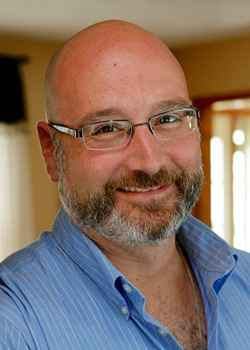 R. David Lankes is a professor and Dean’s Scholar for the New Librarianship at Syracuse University’s School of Information Studies and director of the Information Institute of Syracuse. Lankes has always been interested in combining theory and practice to create active research projects that make a difference. Past projects include the ERIC Clearinghouse on Information and Technology, the Gateway to Education Materials, AskERIC and the Virtual Reference Desk. Lankes’ more recent work involves how participatory concepts can reshape libraries and credibility.

Lankes is a passionate advocate for libraries and their essential role in today’s society. He also seeks to understand how information approaches and technologies can be used to transform industries. In this capacity he has served on advisory boards and study teams in the fields of libraries, telecommunications, education, and transportation including at the National Academies. He has been a visiting fellow at the National Library of Canada, the Harvard School of Education, and the first fellow of ALA’s Office for Information Technology Policy. His book,The Atlas of New Librarianship won the 2012 ABC-CLIO/Greenwood Award for the Best Book in Library Literature. 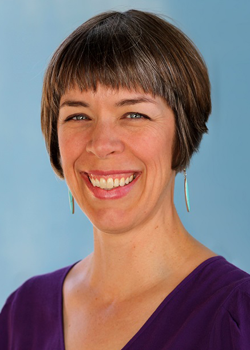 Karen Lauritsen has more than fifteen years of experience designing programs and building partnerships in higher education, including at Stanford University, UC Berkeley and UCLA.

Committed to improvisation, design thinking and mentorship, Library Journal named Karen a “Mover and Shaker” in 2014, and she delivered a TEDxUCLA talk on experimentation during times of uncertainty in 2012.

Karen coordinated communications and public programs at Kennedy Library, Cal Poly, San Luis Obispo from 2011 to September 2015. The Kennedy Library’s programs and collaborative partnerships have been featured on BoingBoing, Library as Incubator Project, NOVA Science Cafe and in the book, How to STEM: Science, Technology, Engineering and Math Education in Libraries. She has a MA in education from UC Berkeley and a for-fun degree from Second City. Karen now works with the office of graduate programs in the Cal Poly Orfalea College of Business. 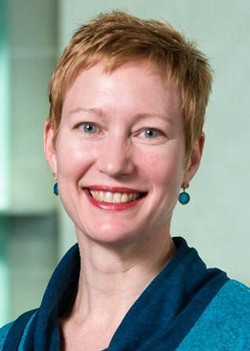 Nancy Proctor is Deputy Director for Digital Experience and Communications at the Baltimore Museum of Art and Co-chair of Museums and the Web.

With a PhD in American art history and a background in filmmaking, curation and art criticism, Nancy Proctor published her first online exhibition in 1995. She co-founded TheGalleryChannel.com in 1998 with Titus Bicknell to present virtual tours of innovative exhibitions alongside comprehensive global museum and gallery listings. TheGalleryChannel was later acquired by Antenna Audio, where Nancy led New Product Development from 2000-2008, introducing the company’s multimedia, sign language, downloadable, podcast and cellphone tours. She also directed Antenna’s sales in France from 2006-2007, and worked with the Travel Channel’s product development team.

Nancy served as program chair for the Museums Computer Network (MCN) conference 2010-2011, and has co-organized the Tate Handheld conference among other gatherings for cultural professionals. She also manages MuseumMobile.info, its wiki and podcast series, and is Digital Co-editor of Curator: The Museum Journal. 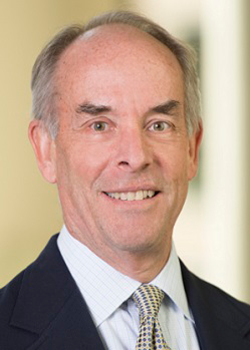 Mr Lee Rainie is the Director of Internet, Science, and Technology research at the Pew Research Center, a non-profit, non–partisan “fact tank.” The Project has issued more than 500 reports and commentaries about the social impact of technology based on its surveys that examine people’s online and mobile activities and digital technology’s role in their lives. The Center has recently added a research emphasis that focuses on public opinion, science and society.

All of its reports and datasets are available online for free at: http://www.pewinternet.org.

Lee is a co-author of Networked: The new social operating system, with sociologist Barry Wellman about the societal impact of the internet, mobile connectivity, and social media. In addition, he is co-author of five books about the future of the internet that are based on Project surveys and a sixth is due in 2015.

Prior to launching the Pew Internet Project, Lee was managing editor of U.S. News & World Report.

He is a graduate of Harvard College and has a master’s degree in political science from Long Island University.